Between 3 billion and 2 billion years ago, our ancestors were hunted and carried off by giant eagles. Evidence has been found of this amongst skeletal remains and fossils in what were determined to be eagle nests, belonging to a creature akin to the African Crowned Eagle.

Even today, the African Crowned Eagle is known for eating mammals including monkeys. The skull belonging to an Australopithecus africanus (the first described ancestor of the human) was found in South Africa with talen marks piercing through the skull. Scientists believe that the giant bird would use its massive talons to pick up its prey by the skull, able to crush it’s food in its nest with its feet.

Although relatively shy unless cornered, the King Cobra has enough venom to kill an elephant, or 20 people. It can grow to 548 cm (18 ft), and still move forward to attack while keeping a third of its body upright. Similarly docile, the Inland Taipan of Australia has enough venom in a single bite to poison 100 grown men, and is considered the most venomous snake in our world today.

The Saber-Tooth Tiger (Smilodon), while technically not really relating to a tiger, were pack hunters with massive fangs used to ambush and fatally wound its prey.

Now you may be wondering what the heck these random animal facts are doing in a physiotherapy blog. Don’t worry – even though I am a random fact junkie, I promise I do have a point to all this:

You have probably heard of the ‘fight or flight’ response, when your brain decides whether the fear currently manifesting should be dealt with by staying put and fighting it (or using your words – this is the 21st century afterall) or fleeing from it (or in my case rapidly changing what I’m watching on Netflix to something that isn’t going to give me nightmares).

This is your body’s way of determining the level of threat, and how best to respond to it to ensure your survival.

Something that you may not be aware of though, is how our brains have tricked us beyond the perception of fear.

When we experience pain, it is also a type of perceived threat. If you step on a LEGO, your immediate reaction is going to be picking up your foot to release the pressure, and exclaim a synonym of “Ow!”. When you pick up your foot though, you will find that nothing is wrong.

So why does stepping on a lego hurt so much, if it doesn’t actually do any damage?

First of all, your feet are one of the most sensitive parts of your body. There are over 7,000 nerve endings in each foot! Now you may be wondering why on earth we have so many ouch-sensors in the things we stand on, and the question answers itself. Our feet are constantly working to keep us upright, balanced, and stable. The nerves in your feet send signals to your brain to adapt accordingly, and keep you from falling over.

Fun Fact: a single brick of LEGO can withstand up to 4,240N of force before it gives and deforms. That means that unless you weigh at least 950lbs, the LEGO brick vs. your foot battle is going to leave the LEGO winning, every time. The pain you feel when stepping on the LEGO is because the force of your step is directed right back into your foot, where those thousands of nerve endings are, because those little devil blocks of plastic can withstand so much force before they have any give.

Now back to our friendly neighbourhood saber-kitty. 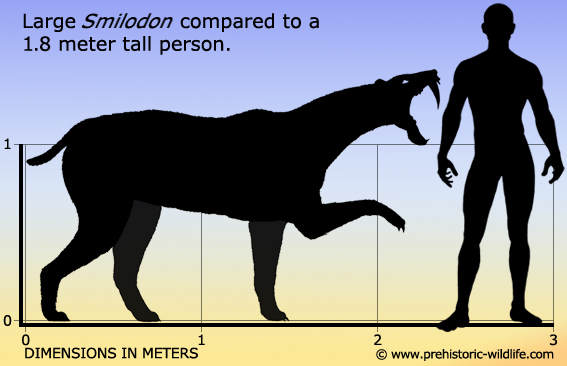 Our pain and fear are indicators of danger to our brain. When you accidentally touch something hot, your brain tells you there’s pain even though you may not actually have sustained any injury. Your reflex to pull back from the pain is your body’s self preservation kicking in.

When humans were not so prominently on the top of the food chain, we had to learn to survive. This largely involves our feelings of pain. It’s your body’s way of saying ‘hey, maybe don’t do that, something really bad could happen!’

Learning how not to be eaten by a saber-tooth would have come from experience. How did we learn this animal was a danger to us? Did we see someone else be eaten? Were we told by others? Or were we bitten by a smaller animal with pointy teeth, realised that hurts and is dangerous, and equated animals with pointy teeth=danger?

Regardless of how we learned the Smilodon was our predator, being prey taught us instinctual fear and self preservation that still affects us today.

Now stepping on  LEGO or feeling the heat  from a stove are very different from a broken bone or torn muscle. In these instances, something did actually happen that your body didn’t like. The nerves of the affected area would be activated, and tell your brain there is danger.

In scientific terms, you are notified of a danger via pain through your Pain Pathway:

A possible danger (a hot element, a papercut, stepping on LEGO etc) is indicated by microscopic pain receptors (nociceptors) in your skin. These nociceptors group together and connect to a nerve cell (neuron).  [The average human has 89 billion neurons!]

These neurons connect to a long nerve fibre that travels up your spine. Electrical signals are passed from one neuron to another, travelling up the spinal cord to the brain.

So when a nociceptor is activated, it sends a signal to its neuron, which sends the signal from one neuron to another all the way up your spine and to your brain, like a very intricate game of telephone, that is far more accurate and takes place in a fraction of a second. [These messages/impulses can travel 1-120 m/second, depending on the type of receptor that received the information!]

Once at the brain, the signal is passed to your thalamus (the orange ovular section in the middle in the diagram below) that sorts the billions of signals it receives to the relevant areas of the brain. Physical sensations are sent to the somatosensory cortex (in your parietal lobe, blue section of the diagram). Other signals that require different attention such as thought or emotion are sent to the frontal cortex and limbic system, respectively. 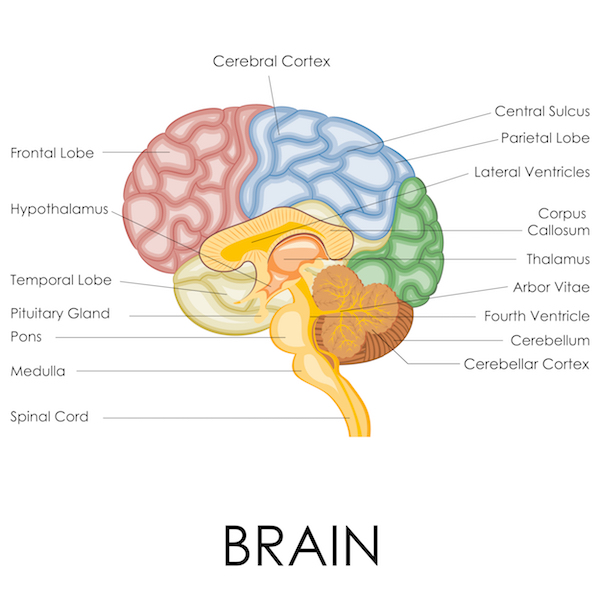 After all of this magic has happened, the result is that you will feel pain, and likely think “ow!”, and elicit some sort of emotive response – like annoyance at that LEGO being left on the floor.

The super cool part is that your muscles will have reacted before you were even consciously aware of the pain. The motor neurons in your muscles send their electrical signals faster than those of pain signals, meaning your foot would have moved to release pressure off that LEGO before you even knew it was painful!

All of these things happen as a way of self-preservation, or your survival instinct. The first time you burn yourself, your body remembers fire=hot=burn=bad=danger. Then we adapt to this knowledge, so we wear oven mitts, stay away from open flames, invent things to protect us, and teach our children not to touch things that are hot, so that they don’t have to experience the danger we did.

And how did we become so smart? 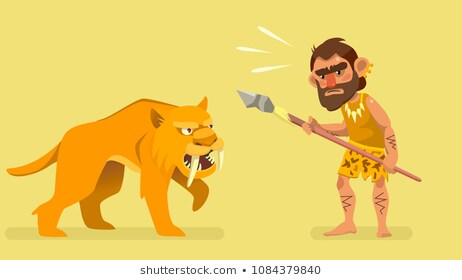 Thanks to the animals who tried to eat us, the plants with natural protections like poison ivy, and trial and error.

You can have damage and no pain at all. You can also have pain and no damage.

Let’s just say if pain had a facebook page…

By nature, pain is very complex.

There are many causes of pain that do not entirely or directly cause pain: not a tidy B-follows-A cause and effect relationship. Instead, some of the most important causes of pain are the general conditions in which it flourishes, the soils and fertilizers it likes. For instance, if the same minor structural problem with the spine can cause a lot of pain in some people, but only trivial or no pain at at all in many others, then is it really a “spine” problem? The more basic issue is the underlying vulnerability to any kind pain, which increases the risk of a minor glitch blooming into a chronic pain problem.

In short, when you feel pain, it may not be something as specific as lego or a hot pot or a saber tooth tiger.

It could be your body is sleep deprived, and so something hurts more than it usually would. It could be smoking, diet, stress, anxiety, depression, nutrient deficiencies, insomnia, decreased/lack of enough physical activity… the list goes on!

You haven’t been to the gym or really exercising lately. You got busy, had to move, life happened. Two years later, you’re wondering what happened and why you don’t fit into your clothes the same way you used to. So you hit the gym!

The next day, your knee hurts. Just the left one.

Does this mean you pulled a muscle or something?

It could be that your slightly overweight cat stood on just the right spot for an hour this morning while whining at you to wake up because he is starving to death if you don’t feed him this instant and now your knee is bruised and sore because 10 pounds of pressure was just pressed into one small spot on your knee so much that it is physically painful to walk.

At a very basic level, the feeling of pain is an alarm system. It notifies your brain that there could be danger, or something is amiss, or ‘Hey we haven’t been getting enough sleep, water, exercise, vitamins or nutrients and we are reaching critical levels down here!”

Pain is an opinion on the organism’s state of health rather than a mere reflective response to an injury.

Pain is decreased if we believe we are safe. Once we are taken out of our dangerous surroundings, our pain lessens. Crazy, right?

This means that theoretically, if you broke your leg while near a pack of sabertooths, your leg would hurt less as soon as you were moved to a different location you knew was safe.

On the plus side, the next time you do stub your toe, just think about how thankful you are to be safe from giant predators. Your pain might just go away!

Chat with us today!

Stay in the know!

Mike treats people of all activity levels and ages from weekend warriors to elite athletes. He has mentored physiotherapists across Ontario as well as worked on the Board of Directors of the Ontario Physiotherapy Association. Recently, Mike represented physiotherapists within the Pan Am/Para Pan Am Games Medical Services Expert Provider Group. Mike has also had the opportunity to work side by side with orthopaedic surgeons, allowing him to work with many people following complex and traumatic injuries. Mike also consults over 1,000 physiotherapy cases nationally. This has given him a lot of insight into what Physiotherapy looks like across Canada.

​Prior to becoming a physiotherapist, Mike served in the reserves for 9 years as a member of the Artillery in the Canadian Armed Forces. He also enjoys coaching local athletes to help improve their performance through MeFit, a local not-for-profit organization.

Worst idea you've ever had?

Skiing behind a car.

Worst fad you've ever participated in?

Do you have any kids?

Together is Better: A little Book of Inspiration

Most useless talent you have?

What 3 things are you bringing with you, stranded on a desert island?

A multitool, My Wife, and our baby

A multitool, My Wife, and our baby

In your high school yearbook, you won/would have won...?

Most likely to get stuff done

What song would play every time you enter a room?

Eye of the Tiger – Survivor